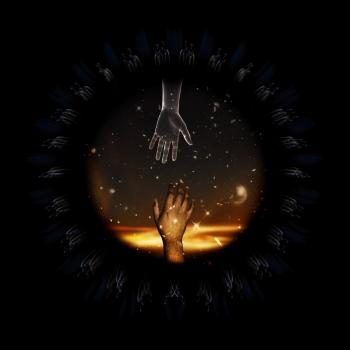 Manifest your ideas into reality through photo manipulation and digital compositing! Learn how to digitally engage with the photographic medium in a more experimental way. Through walkthroughs and demos, we will address the technical, aesthetic, and conceptual nature of photography and learn how to build stories and new worlds through post processing in Photoshop. Students will be exposed to different digital artists and photographers who use the techniques we will explore to create images beyond reality.
Dates:
10/06/2020
10/13/2020
10/20/2020
Show more dates
Hide these dates
10/27/2020
6:30 - 8:30 pm
Learn More 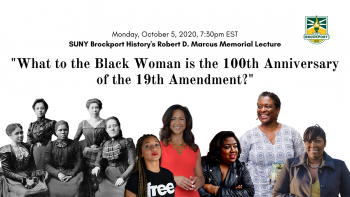 What to the Black Woman is the 100th Anniversary of the 19th Amendment?

This presentation by Dr. Susan Goodier, Assistant Professor of History at SUNY Oneonta, seeks to illuminate the experience of the suffrage movement for women of color in New York State and why it is important to better acknowledge their involvement in the passage of the 19th Amendment. Without a clear and comprehensive understanding of the social and political activism of Black women, we do not yet know the full story of women’s suffrage. Black women operated in complicated networks that stretched from community to community, from city to city, and from state to state. By looking more closely at New York State and its Black women activists, we can learn not just about the strategies Black women used to gain the right to vote but about the networks they created to facilitate this achievement.
Dates:
10/05/2020
7:30 pm
Learn More

Since its debut in 2012, the Fringe has drawn more than a half million visitors from all over the world to over 3,600 diverse performances and events. In fact, Rochester’s not-for-profit Fringe has become one of the largest and most successful fringe festivals in the nation, the largest multi-genre arts festival in New York State, and one of the region’s most anticipated festivals each year. Due to the realities of COVID-19 and the fact that the performing arts sector is part of New York State’s Phase 4 that has not reopened, we are forging ahead—online! This year’s Virtual Fringe will feature over 170 productions from the Rochester area, the region, and around the world! Like an in-person festival, shows will be ticketed or free. Also, new this year, approximately half of the shows will be available on-demand 24/7 (like Netflix) and half will be live streamed at certain dates/times (like an in-person experience.)
Dates:
09/26/2020
Times vary by show. Most can be seen during multiple times. Some are on demand.
Learn More